Containers are a technology for packaging and running Windows and Linux applications across diverse environments on-premises and in the cloud. Containers provide a lightweight, isolated environment that makes apps easier to develop, deploy, and manage. Containers start and stop quickly, making them ideal for apps that need to rapidly adapt to changing demand. The lightweight nature of containers also make them a useful tool for increasing the density and utilization of your infrastructure. 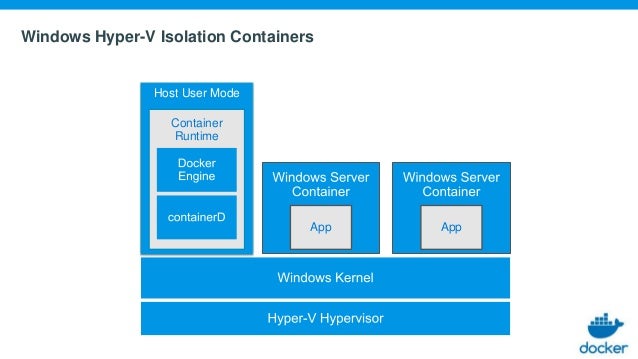 Microsoft provides a number of tools and platforms to help you develop and deploy apps in containers:

A container builds on top of the kernel, but the kernel doesn't provide all of the APIs and services an app needs to run–most of these are provided by system files (libraries) that run above the kernel in user mode. Because a container is isolated from the host's user mode environment, the container needs its own copy of these user mode system files, which are packaged into something known as a base image. The base image serves as the foundational layer upon which your container is built, providing it with operating system services not provided by the kernel. But we'll talk more about container images later.

In contrast to a container, a virtual machine (VMs) runs a complete operating system–including its own kernel–as shown in this diagram.

For more details on the similarities and differences of these complementary technologies, see Containers vs. virtual machines.

All containers are created from container images. A container image is a bundle of files organized into a stack of layers that resides on your local machine or in a remote container registry. The container image consists of the user mode operating system files needed to support your app, any runtimes or dependencies of your app, and any other miscellaneous configuration file your app needs to run properly.

Microsoft offers several images (called base images) that you can use as a starting point to build your own container image:

As mentioned earlier, container images are composed of a series of layers. Each layer contains a set of files that, when overlaid together, represent your container image. Because of the layered nature of containers, you don't have to always target a base image to build a Windows container. Instead, you could target another image that already carries the framework you want. For example, the .NET team publishes a .NET core image that carries the .NET core runtime. It saves users from needing to duplicate the process of installing .NET core–instead they can reuse the layers of this container image. The .NET core image itself is built based upon Nano Server.

Containers help developers build and ship higher-quality apps, faster. With containers, developers can create a container image that deploys in seconds, identically across environments. Containers act as an easy mechanism to share code across teams and to bootstrap a development environment without impacting your host filesystem.

Containers are portable and versatile, can run apps written in any language, and they're compatible with any machine running Windows 10, version 1607 or later, or Windows Server 2016 or later. Developers can create and test a container locally on their laptop or desktop, and then deploy that same container image to their company's private cloud, public cloud, or service provider. The natural agility of containers supports modern app development patterns in large-scale, virtualized cloud environments. The most useful benefit to developers is perhaps the ability to isolate your environment so that your app always gets the version of libraries that you specify, avoiding conflicts with dependencies.

Containers for IT professionals

Containers help admins create infrastructure that's easier to update and maintain, and that more fully utilizes hardware resources. IT professionals can use containers to provide standardized environments for their development, QA, and production teams. By using containers, systems administrators abstract away differences in operating system installations and the underlying infrastructure.

You can also use the interactive mode of containers to run conflicting instances of a command line tool on the the same system.

Orchestrators are a critical piece of infrastructure when setting up a container-based environment. While you can manage a few containers manually using Docker and Windows, apps often make use of five, ten, or even hundreds of containers, which is where orchestrators come in.

Container orchestrators were built to help manage containers at scale and in production. Orchestrators provide functionality for:

There are many different orchestrators that you can use with Windows containers; here are the options Microsoft provides:

To get started with containers on Windows Server or Windows 10, see the following: 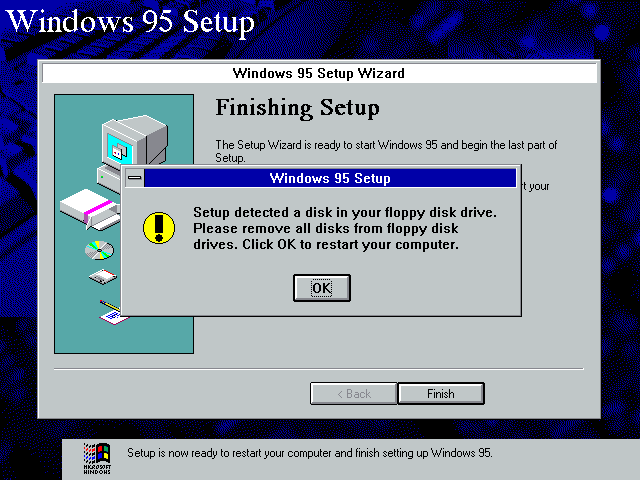