In most cases, you'll find recent versions of LXC available for your Linux distribution. Either directly in the distribution's package repository or through some backport channel.

For your first LXC experience, we recommend you use a recent supported release, such as a recent bugfix release of LXC 4.0.

If using Ubuntu, we recommend you use Ubuntu 18.04 LTS as your container host. LXC bugfix releases are available directly in the distribution package repository shortly after release and those offer a clean (unpatched) upstream experience.

Ubuntu is also one of the few (if not only) Linux distributions to come by default with everything that's needed for safe, unprivileged LXC containers.

On such an Ubuntu system, installing LXC is as simple as:

Your system will then have all the LXC commands available, all its templates as well as the python3 binding should you want to script LXC.

Unprivileged containers are the safest containers. Those use a map of uid and gid to allocate a range of uids and gids to a container. That means that uid 0 (root) in the container is actually something like uid 100000 outside the container. So should something go very wrong and an attacker manages to escape the container, they'll find themselves with about as many rights as a nobody user.

Because of that, most distribution templates simply won't work with those. Instead you should use the 'download' template which will provide you with pre-built images of the distributions that are known to work in such an environment.

The following instructions assume the use of a recent Ubuntu system or an alternate Linux distribution offering a similar experience, i.e., a recent kernel and a recent version of shadow, as well as libpam-cgfs and default uid/gid allocation.

First of all, you need to make sure your user has a uid and gid map defined in /etc/subuid and /etc/subgid. On Ubuntu systems, a default allocation of 65536 uids and gids is given to every new user on the system, so you should already have one. If not, you'll have to use usermod to give yourself one.

Next up is /etc/lxc/lxc-usernet which is used to set network devices quota for unprivileged users. By default, your user isn't allowed to create any network device on the host, to change that, add:

This means that 'your-username' is allowed to create up to 10 veth devices connected to the lxcbr0 bridge.

With that done, the last step is to create an LXC configuration file. 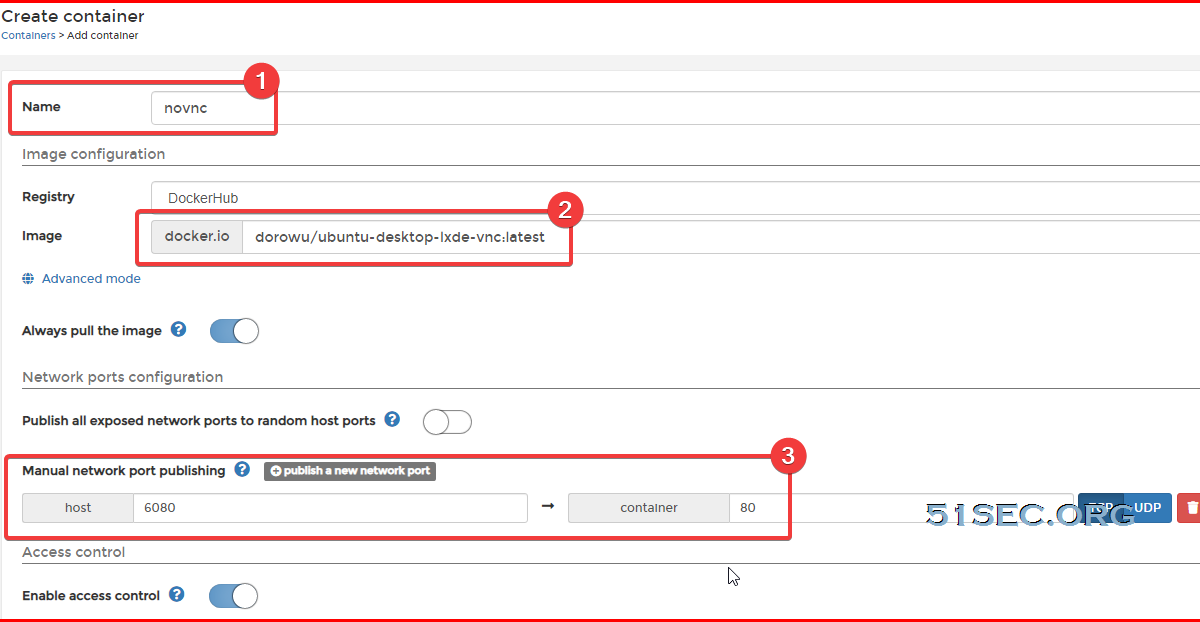 Those values should match those found in /etc/subuid and /etc/subgid, the values above are those expected for the first user on a standard Ubuntu system.

Running unprivileged containers as an unprivileged user only works if you delegate a cgroup in advance (the cgroup2 delegation model enforces this restriction, not liblxc). Use the following systemd command to delegate the cgroup:

NOTE: If libpam-cgfs was not installed on the host machine prior to installing LXC, you need to ensure your user belongs to the right cgroups before creating your first container. You can accomplish this by logging out and logging back in, or by rebooting the host machine.

And now, create your first container with:

The download template will show you a list of distributions, versions and architectures to choose from. A good example would be 'ubuntu', 'bionic' (18.04 LTS) and 'i386'.

A few seconds later your container will be created and you can start it with:

You can then confirm its status with either of:

And get a shell inside it with:

Stopping it can be done with:

And finally removing it with:

Specifically, you need to manually allocate a uid and gid range to root in /etc/subuid and /etc/subgid. And then set that range in /etc/lxc/default.conf using lxc.idmap entries similar to those above.

And that's it. Root doesn't need network devices quota and uses the global configuration file so the other steps don't apply.

Any container you create as root from that point on will be running unprivileged.

Privileged containers are containers created by root and running as root.

Depending on the Linux distribution, they may be protected by some capability dropping, apparmor profiles, selinux context or seccomp policies but ultimately, the processes still run as root and so you should never give access to root inside a privileged container to an untrusted party.

Will create a new 'privileged-container' privileged container on your system using an image from the download template.

Docker is an application that simplifies the process of managing application processes in containers. Containers let you run your applications in resource-isolated processes. Containers are similar to Virtual Machines, but are much less resource-intensive, as they only need the absolute minimum to run a particular application, and does not require installation of a separate Operating System.

Let’s look at how we can install and run the Docker on our Ubuntu 18.04 from the Command Line, in a few steps.

Again, similar to other tutorials regarding package installation on Linux, we always need to get the public key for that package so that we know that it is valid. We can then download the required data and install the package securely.

So let’s get the GPG public key for Docker, which is available at the link:

To download the key, we will use the wget command from the Terminal.

The downloaded key in my case is called gpg. After the public key is downloaded, add it to the system keys using apt-key.

Now, to verify that we have added the proper key, we need to check the fingerprint for Docker’s key.

You should get an output similar to the below screenshot.

To set up the Docker repository, our system must have packages which allow us to download files over HTTPS. So, you need the below packages, which can be downloaded using apt or apt-get.

Now that we have the necessary requirements, we can now add the Docker repository to our list of sources.

Step 4: Add the Docker Repository to the Sources List

We need to add the Docker source to our list of sources in the system so that any future updates can occur using that source URL when using apt update.

We need to modify /etc/apt/sources.list.

Use any text editor (like nano, vi, etc) and open /etc/apt/sources.list. I will be using vi editor to edit the file.

Go to the end of the file, and add this line to ensure that we add the repository source link.

Exit the editor, after saving your changes.

Now, we are ready to update the system and install our package!

Now that we have our sources with us, we are ready to install Docker!

It’s simple. First, we update our system and other critical packages. Then, we fetch and install the latest version of Docker from the source. The version that we will be installing is the Docker Community Edition (docker-ce), so we then install that using apt install. 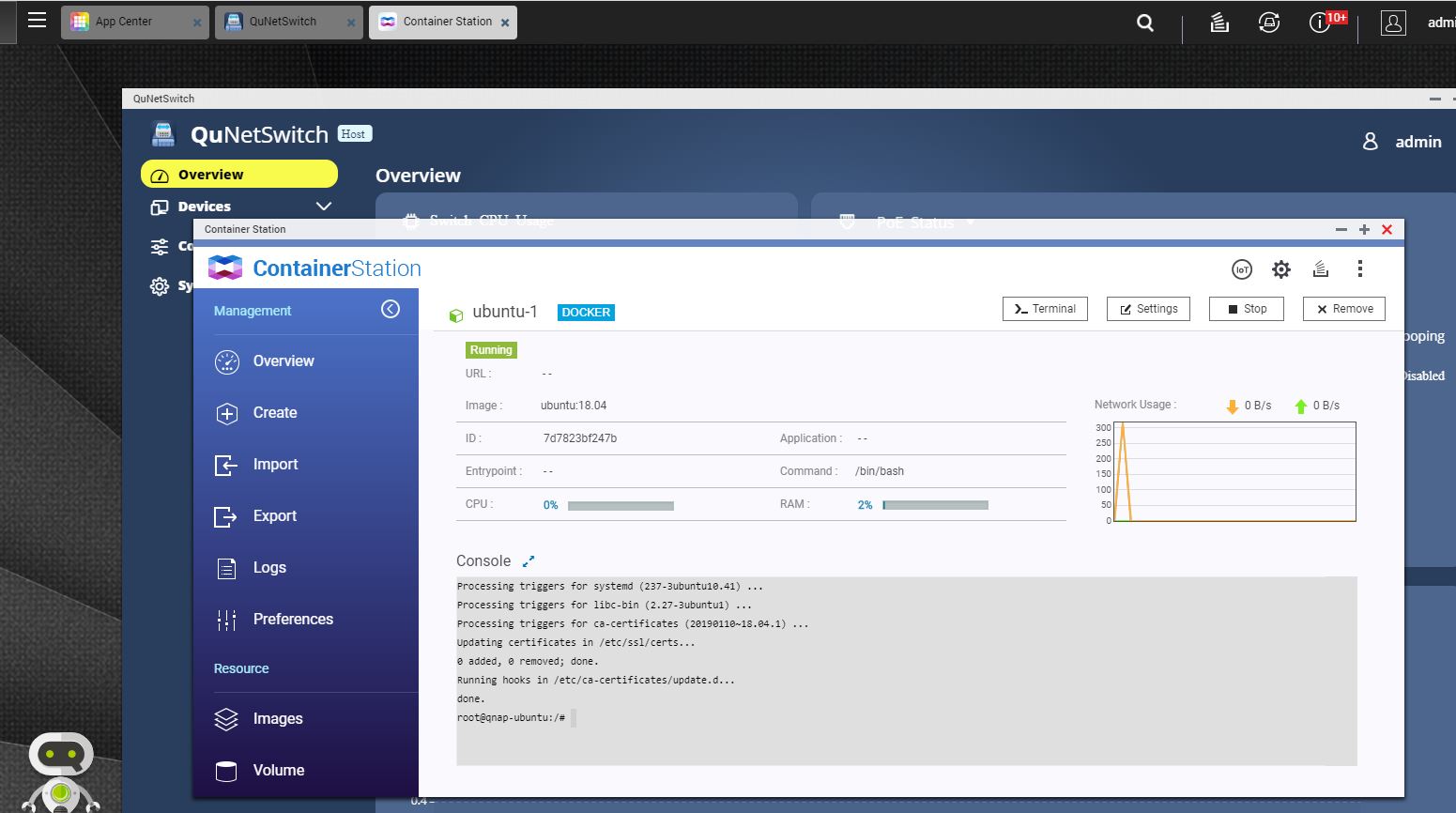 Now, if there aren’t any errors, we will return to our shell prompt, and our install has completed successfully!

If Docker was installed correctly, it would have then automatically started a Docker daemon process. So, we need to use the systemctl command and check if the docker service has started or not.

If the command works as expected, then you will see an output similar to mine, indicating that the docker service is active, which means that our installation was indeed successful!

Now, let us now look at how we can configure Docker and run a Docker Container.

To avoid typing sudo for every docker command, add your username to the docker group.

Now, log out and log in again to apply for your user membership successfully on the docker group. Now, there is no need to prefix any docker command using sudo!

A Docker Container, being similar to a Virtual Machine, also needs an image to work on. There are various images hosted on Docker Hub, Docker’s official website for hosting images. Any image you need can be fetched from this website.

To pull the corresponding Docker image, use:

Now we have the image, using which we can run the Docker container.

To check if we actually have the image, let us list all our Docker images on the system, using docker images.

We have the image hello-world in our system, as expected. Now, let us run the container.

Now, this container will run and print Hello World, before terminating.

We have thus completed running our first Docker Container!

Similarly, we can fetch and run other interactive Docker Containers as well, thus showing the ease of usage of docker. To illustrate this, let us show one more example: Installing a Debian image!!

We use the same commands as earlier, using docker pull debian, to download the image.

Now, to run this container, since this needs an interactive terminal session, we use:

As you can see, we are using a Debian system inside an Ubuntu OS, without the number of resources that a Virtual Machine uses. The image size is itself only 114 MB. Amazing, isn’t it?