Browse other questions tagged pi-4 ubuntu docker or ask your own question. The Overflow Blog Check out the Stack Exchange sites that turned 10 years old in Q3. Part 1: getting the most from raspberry pi 4, whose concrete scope is to integrate a m.2 ssd physical disk with a 64 bits operating system running the raspberry pi, that provides 4gb ram. Part 2: installing docker in raspberry pi 4, that focuses in development methodology and shows the process to prepare a docker ready development environment. Running Sql Server on a Raspberry Pi using Docker Sql Server for linux has been around for a bit but it’s only designed for x86 architectures which means not compatible with ARM therefore not possible to use it on a raspberry pi.

I wanted to learn about Docker. But I don’t want to keep Docker running on my daily drive machine. It happens that I have an old Raspberry Pi 1 Model B+, which I have bought a long time ago, that just sits there doing nothing. So I decided to make it work for me.

Yes. I’m skipping step 1 here because there is a very detailed setup guide on Raspberry Pi’s website already. I want to focus on the installation of Docker, so I’m not going to repeat it here.

I have followed a few blog posts. Here are the most optimized steps that I found:

0. Login to your Raspberry Pi OS either directly log in through the terminal or remotely login by SSH. Then you should be on this screen:

After the download step above. Check that the script is actually downloaded to your machine:

Okay, now we can execute the installation script as root user:

Depending on your internet speed, this step will take a few minutes. Sometimes you would think that your Raspberry Pi is frozen. But give it a good couple of minutes. If it runs successfully, you should see the following on your screen:

4. Add a non-root user to the Docker group

When using the “-G” flag alone, if the user is currently a member of a group that is not listed, the user will be removed from the group. This behavior can be changed via the “-a” option, which appends the user to the current supplementary group list.

The purpose of this step is not just checking your docker version. It also see if your user is actually successfully added to the docker group. If it works, you shouldn’t need to run the docker command as root. i.e. “sudo”

If you see a “permission denied” message like I did, do NOT run “sudo chmod 666 /var/run/docker.sock”. This command will give read and write permission to the docker.sock file to every user in the system. As Dave H has mentioned, it will cause a security risk.

Run the following command instead:

The above command changes the ownership of the docker.sock file to your user. If you run the “docker version” command now, the “permission denied” message should be gone.

and here’s my screenshot:

If you have a Raspberry Pi 2 or newer, you should be able to run the following command for hello-world without any issue.

But for older Raspberry Pi, it doesn’t work anymore. My Raspberry Pi 1 Model B+ for example, doesn’t print the hello-world message like when you run hello-world in other systems. You can check the status of the current docker containers using the following command:

You’ll see that the hello-world container is excited with code 139. It means the container received a segmentation fault.

After some digging on the internet. I realized that it is not the problem of my installation.

Remember in step 0 when you logged in? The message “armv6l” (the letter after the character “6” is not the number one, it’s the letter “L”) actually indicates the instruction set architecture of this particular model of Raspberry Pi. Although the regular hello-world image works in most cases, somehow the latest version of the hello-world either doesn’t support the armv6 instruction set anymore.

To run any docker image on Raspberry Pi OS, the image have to be built on the same architecture. Here’s the version of Hello World Docker image that works:

[myHelloWorld] is an arbitrary name that you can give to a container. I’ve named mine as “test”. So mine was:

Now you will see a normal Hello World message as the following:

There you go! Now you have successfully get Docker running on your old Raspberry Pi 1 Model B+! 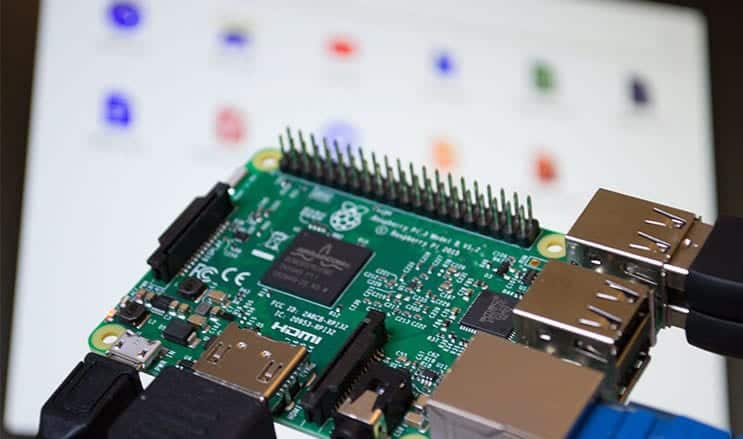 You should see a list of Docker containers that have been run. Here’s one way to remove a container. To remove the Hello World container above, for example, you can run:

Now if you run docker ps -a again, the list will be empty.

You should see the arm32v5/hello-world image. Let’s remove it:

I’ve also created a Hello World from my Raspberry Pi. Feel free to try it out.

As you may have noticed, you can only run Docker images with armv6 instruction sets(or below) on Raspberry Pi 1 and Pi Zero. To find out whether an image support armv6, you can go to Dock Hub to find the image. For example, I want to run an image of Nginx. I would scroll down to the quick reference section:

From there, if you see “arm32v6” then click on the link. That means you can pull that image and use it on your Raspberry Pi 1 or Zero.

In the example of Nginx, you can download the image with the following command:

Note: Usually, if you don’t specify the version of the image, Docker will pull the latest version with a tag called “latest”. But in this case, the latest version is tagged as “stable-alpine” instead. I found the correct version by clicking the tags tab on the page. It should work if you use the same version.

And then run it:

Feel free to leave me a message if you have any question.

If my note helped, please consider buying me a coffee😁.

Side note: I started this post using Putty on Windows 10 to SSH into my Raspberry Pi at the beginning. After a few weeks, I’ve switched to Linux and used Remmina for SSH. So the styling of my screenshots has changed a little.

I will continue to refer to the OS as Raspbian because (1) that’s what they named it when first released and (2) it still says that on the operating sytem. Therefore the name has stuck and still sticks.

Here are the steps to install Docker and the Portainer container that provides your Docker installation with a simple, web-based dashboard.

Add the pi account to the docker user group so that you can execute docker commands without sudo:

Log back in and test Docker by installing and running the following container.

The container will run and tell you it was successful with additional information about Docker and its OS.

Install the next two containers. The first is a very simple http container.

Navigate to http://localhost with Chromium and you’ll see this:
Now add the dashboard container that implements Portainer for ARM.

Navigate to http://localhost:9000/ and create an admin password for the admin account. Once that is accomplished, you’ll see something very similar to this:

You’ll note that only two containers are listed, not three. That’s because earlier I removed the “Hello World” container. Here’s a detailed listing of the containers.

To manage any of the containers, you select that container’s checkbox. That enables all of the possible action buttons at the top of the page. Finally, here’s a check of the entire system.

The engine overview is a cleaner view of what you can get from the command line. It’s also a validation that the dashboard container is seeing everything it’s supposed to see.

If you want any container to restart after a re-boot, then you need to modify the container’s restart policy. Otherwise, on reboot, no containers are running. For example

It’s a limitation to this application I don’t like. I’m looking for something more comprehensive, or else, (shudder) I fork the application and “fix” it myself.