If you’re doing open source development today, chances are high that you’re active within the GitHub community — participating in open source projects and their repositories. A recent addition to the GitHub ecosystem is GitHub Packages, which was announced back in 2019 and is now receiving even more updates with the general availability of the GitHub Packages container registry. This means we can publish and pull Docker-based images, and any other OCI-compliant formats, entirely within the GitHub ecosystem.

In this post, I’m going to take you through a GitHub Actions workflow, piece by piece. You’ll learn how to publish Node.js projects as Docker images and then push them to the GitHub Packages container registry.

Before we start, did you know that there’s a dedicated support forum for GitHubbers known as the GitHub Support Community? Worth a visit if you need help with anything.

Our Node.js project in this article will be dockly, an open source Node.js command line tool that provides an immersive terminal interface for managing docker containers and services.

Browse to your open source repository on GitHub, click the Actions tab, followed by New Workflow and set up a workflow yourself, which should look like this: 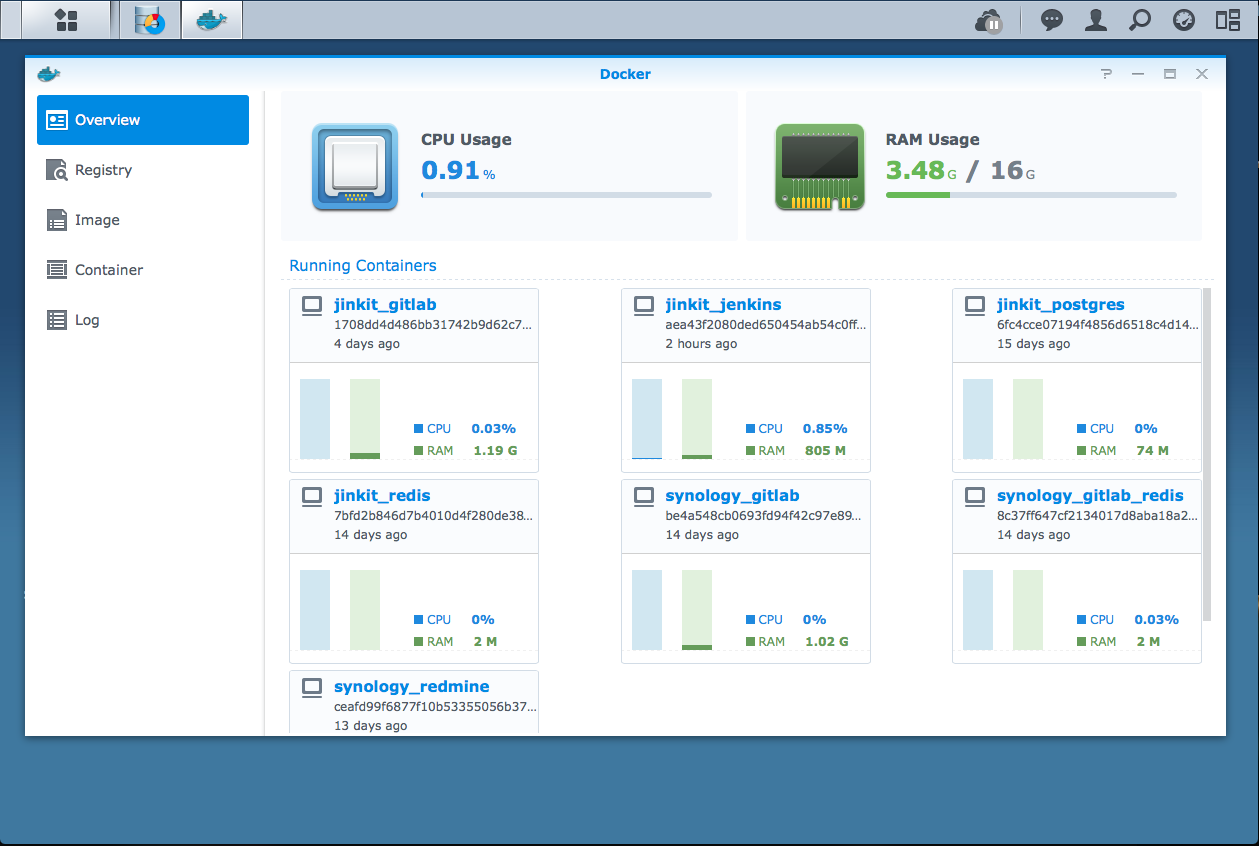 We start off with defining the workflow file name and set it as docker-publish.yml or any other naming convention you prefer.

GitHub may pre-populate the workflow code, in which case just remove it all and paste the following:

The above workflow sets up the following conventions:

Next, we’ll define our jobs, in which we will establish a process of building the Docker image and then publishing it.

Docker image build as part of the GitHub Actions workflow

To be able to publish Docker images to the GitHub Packages container registry (or even just to GitHub), we need to first authenticate with a valid account. And so, the first steps in the build and publish job is to login.

Copy the following code as a continuation to the previous code pasting:

The final step is to build the Docker image and publish it. This happens as a unified step which uses an action that supports that. You’ll notice, though, that we set the pushinput of that workflow to a conditional that only attempts publishing the image to the registry if the event isn’t triggered on a pull request:

Once you save the workflow (with proper indentation!) and trigger it by merging this workflow to the main branch then it should build and publish an image to GitHub Packages container registry.

If everything went well, you should see the long-awaited green checkmark for a successful job, like mine:

How do I push a Docker image to GitHub Packages container registry?

Use the official Docker GitHub Action docker/build-push-action in your GitHub Actions workflow file, and ensure there’s an environment variable REGISTRY set to ghcr.io.

Now that our project has a docker image published to a public registry, let’s test it out by pulling it from our local development environment:

How do I specify Docker version images to pull?

The docker pull command takes in an extra argument that has the scheme of <registry>/<user>/<repo>:<image tag>. For example, to pull the Docker image tag “latest” from the GitHub Packages container registry of the my-nodejs-app image, use the following command: docker pull ghcr.io/lirantal/my-nodejs-app 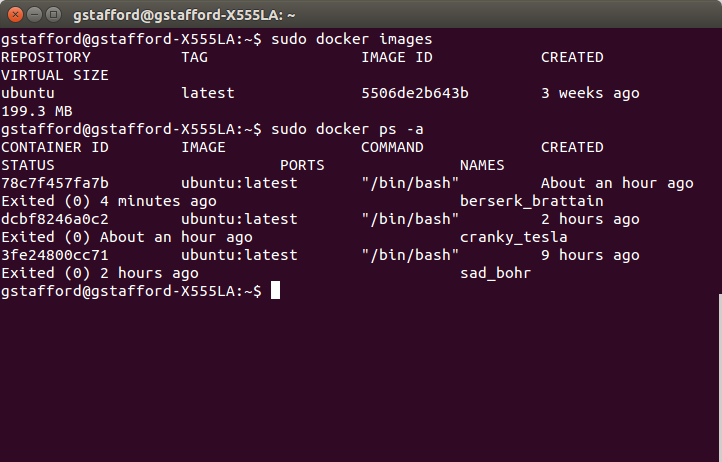 But wait… isn’t there a better way to view the Docker images that I push to GitHub Packages? Look no further!

If you browse over to your GitHub profile page (such as mine https://github.com/lirantal?tab=packages), you’ll now see all of your publicly available Docker images.

If you followed through on this tutorial to build your own Docker image, can you find it? Here’s the page for the Docker image package that I have pushed to GitHub Packages as part of the repository GitHub Actions CI:

No latest tag in the published Docker image?

If you tried to pull the Docker image by its name, without specifying the Docker image tag for the main or master branch that you’re using, you might have seen that the commonly used Docker image tag latest isn’t available. It happens if no semver (semantic versioning) tags were pushed, so perhaps, in your own repository you are pushing them and it will be available. 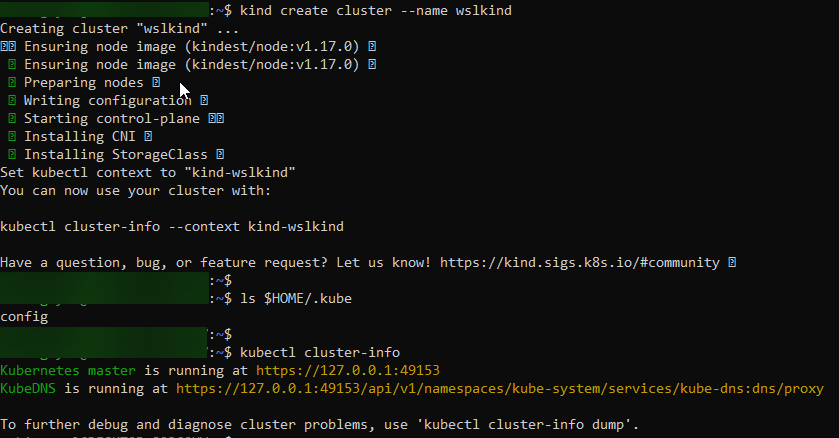 If we want to enforce a Docker image tag latest alias in the published Docker image, we can update the metadata action as follows (notice the additional multiline flavor key):

Notice, however, that this will always force a latest image tag to be set as the alias to the Docker image that is published when the main branch is triggering a CI job.

How do I tag a Docker image as latest?

To tag an image locally from a previously built one, we can use the following Docker tag image command structure: docker tag <local image name> <new tag>. For example: docker tag my-nodejs-app lirantal/my-nodejs-app:latest

How do I run a Docker image with a tag?

To use a specific Docker image tag when running an image, simply provide the fully qualified image name and tag to the docker run command. For example: docker run --rm -p 27017:27017 mongo:latest

Another way to find and create GitHub Actions workflows is from the GitHub Actions Marketplace, which features over 9000 workflows for you to work with across Code quality, Dependency management, Security, and more. You’ll even find the Snyk GitHub Actions to ensure that your projects are secure from third-party vulnerabilities in open source libraries and that your team is following secure coding practices.

For our focus on this article — building, testing and publishing Docker images to a registry — there’s an easier way to get started than browsing the marketplace. If you have a Dockerfile already present in your repository, then GitHub will automatically detect it and propose relevant workflows to use for GitHub Actions. Simply go to the Actions tab:

The first suggested workflow Publish Docker Container will set you up with a similar Docker image publishing and Docker image building workflow to what we have reviewed already.

Did I get you a bit more interested in secure development practices? Lovely! I have a few follow-up reading material resources to get you started and win some security points with your team:

Secure your SDLC for free

Sign up for Snyk to secure your code, dependencies, containers, and IaC.