Aug 01, 2015 Menumeters no longer works on El Capitan (see here), what are some alternatives? I just want to see my network and CPU stats. Mar 23, 2021 MenuMeters is a set of CPU, memory, disk, and network monitoring tools for Mac OS X. Although there are numerous other programs which do the same thing, none had quite the feature set I was looking for. MenuMeters used this to inject their own NSMenuExtra's to SystemUIServer; in fact MenuMeters' author is one of the main authors of MenuCracker. Essentially, until Yosemite, SystemUIServer had a fixed list of allowed NSMenuExtras. My fork of MenuMeters by https://github.com/yujitach/MenuMeters. 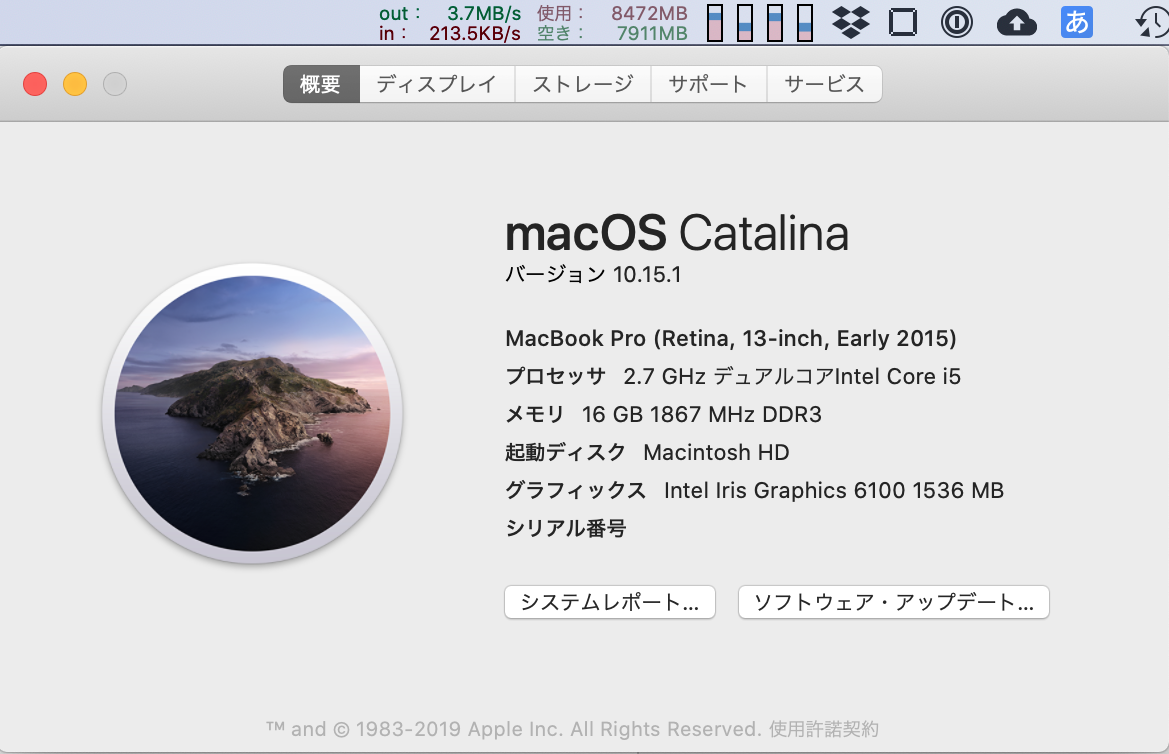 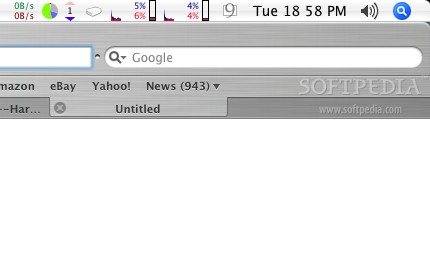 MenuMeters is a set of CPU, memory, disk, and network monitoring tools for Mac OS X. Although there are numerous other programs which do the same thing, none had quite the feature set I was looking for. Most were windows that sat in a corner or on the desktop, which are inevitably obscured by document windows on a laptop's small screen. Those monitors which used the menubar mostly used the NSStatusItem API, which has the annoying tendency to totally reorder my menubar on every login.

The MenuMeters monitors are true SystemUIServer plugins (also known as Menu Extras). This means they can be reordered using command-drag and remember their positions in the menubar across logins and restarts.

MenuMeters comes without warranty or support. That said, if it causes you problems I'd like to hear about it so that I may be able to track down the bug. Even better, since this is open source, you can fix the bug yourself. Patches are accepted.

MenuMeters is released under the GNU General Public License (GPL). This makes it both 'free' as in beer and 'free' as in speech, for those who partition the world using that terminology (I am not one of them). MenuMeters is open source mostly because there isn't a good reason for it not to be, except, perhaps, saving myself the embarrassment of having others look at my first C code from a long time ago.

Due to new Apple-enforced code signature restrictions, MenuMeters is not compatible with the OS X 10.11 'El Capitan' public beta. Although the restriction is similar, this is not directly related to 10.11's 'System Integrity Protection' (SIP, aka 'rootless') feature and disabling SIP has no effect on MenuMeters.

Unless Apple makes the signature restriction optional, it is not clear that MenuMeters in its present form can ever be made compatible with OS X 10.11.

In the meantime I can only suggest that you do not install 10.11 if you wish to use MenuMeters. 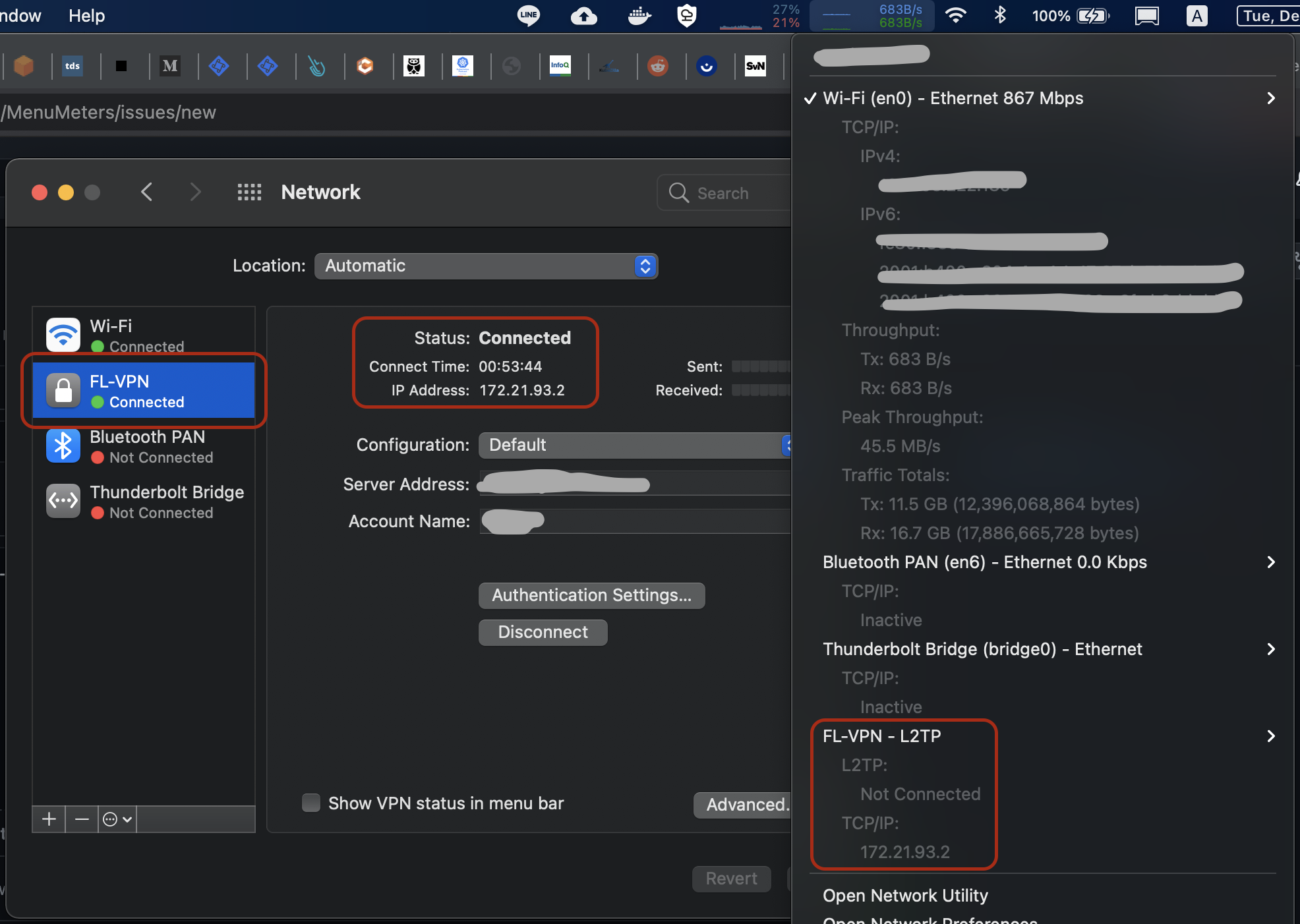 NOTE: IF YOU ARE INSTALLING OVER AN OLDER VERSION OF MENUMETERS YOU MUST LOGOUT AND LOGIN AFTER INSTALLATION IN ORDER TO LOAD THE NEW VERSION.

As you very well know and is shown in the screenshot above, there can be various utilities put on the right hand side of the menu bar. There are in fact two types of such menu bar items, one known as NSMenuExtra'>NSMenuExtra's and another known as NSStatusItem'>NSStatusItem's. The former are loaded and displayed by SystemUIServer'>SystemUIServer, a process provided by the system. The latter can be displayed by any app written by any developer. One good thing about the former is that you can rearrange them by ⌘-dragging the menu items. I have no idea why ⌘-dragging was not provided for the latter by the system. (On macOS Sierra 10.12, Apple finally implemented and enabled ⌘-dragging for all NSStatusItem's, including this port of MenuMeters. But this happened later than the need to port MenuMeters to El Capitan 10.11.)

Anyway, due to this better behavior of NSMenuExtra's, people often wanted to write their own. In fact until and including OS X 10.1, Apple allowed it. But since 10.2, Apple had a code that blocked SystemUIServer to load non-system-provided NSMenuExtra's. But until Yosemite, there was a known way to work around it, available as an open-source code as MenuCracker. MenuMeters used this to inject their own NSMenuExtra's to SystemUIServer; in fact MenuMeters' author is one of the main authors of MenuCracker. 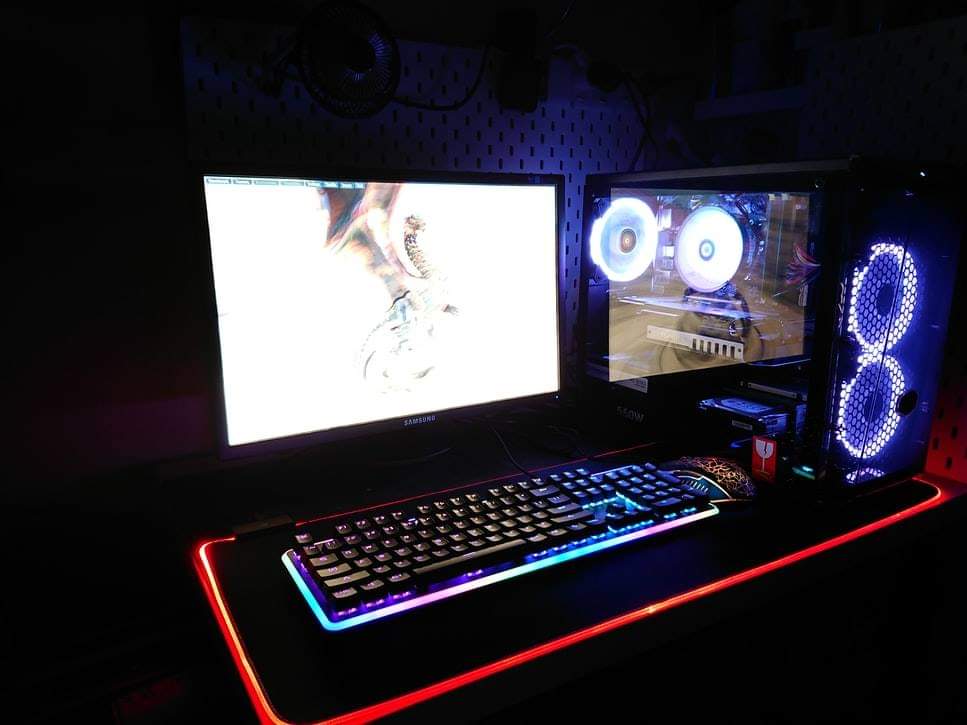 So, how did I port MenuMeters to El Capitan, then? Well, I just gave up having ⌘-dragging. Then all I had to do was to, basically speaking, replace the occurrences of 'NSMenuExtra' by 'NSStatusItem', since the two APIs are almost the same.