Sharing my Experience with setting up Docker on Mac. I have chosen this approach with docker is because there is no proper installable available for Oracle 12c on Mac. It seems Official support was dropped from 10g onwards. I was left with either docker or using a VM which is more cumbersome.

Oracle Database Server 12c is an industry-leading relational database server. This Docker Image contains the Oracle Database Server 12 Enterprise Edition running on Oracle Linux 7. This image contains a default database in a multi-tenant configuration with a single pluggable database. We will see the steps of installing the Oracle database using docker in Mac OS in this blog. We have not successfully created an Oracle Database Enterprise Edition 19.3.0 Docker Image. To run the image use the following; docker run -name 'oracle19.3' -p 1521:1521 -p 5500:5500 -e ORACLEPDB=orapdb1 -e ORACLEPWD=topsecretpass -e ORACLEMEM=3000 -v /opt/oracle/oradata -d oracle/database:19.3.0-ee. Where -name is the name of the docker. Fortunately for Oracle Linux users, the Docker binaries are readily available from the official Oracle yum repository through the Add-ons channel. If Docker has not already been installed on your installation of Oracle Linux 7, first install and enable the Add-ons channel by using one of the following two-step procedures as root.

Install and Run Docker for Mac

Get the Docker image for Oracle

Get the docker image from https://hub.docker.com/

https://hub.docker.com/r/sath89/oracle-12c/ (This is an already available docker image with Oracle Standard Edition 12c Release 1 on Ubuntu )

If -d option is present, we won’t see the errors if any, as the process runs in the background

Issues while connecting to Oracle from sqlplus

If you want to connect remotely to the oracle in the container, use the following arguments to docker run command

If you get the following error, while connecting to the database,

Edit /etc/hosts as per the following answer

With this addition in the /etc/host file and the ORACLE_ALLOW_REMOTE=true setting, you should be able to access the Database externally (from sqlplus or from your application)

As impdp utility is not part of Oracle instant client, you cannot use that option external to the docker container. So get into the container

The docker exec command runs a new command in a running container.

If container-name is not specified during rum, container id can be used in the above command. To get the container id, use docker ps command.

To mount location use the -v argument

When I did this first time, I got the following error

As mentioned, add the location to the shared location

Create a new image from a container’s changes

It can be useful to commit a container’s file changes or settings into a new image.

If you do a docker images now, you can see the new image also listed

To get started with Docker EE on Red Hat Enterprise Linux, make sure youmeet the prerequisites, theninstall Docker.

If you are starting from scratch, and don’t have a Linux OS installed, download and install Oracle Linux. Alternatively, use an Oracle Linux Vagrant box to run with Oracle VM VirtualBox or KVM. In many cases, your Oracle Linux system will already be set up to install software from Oracle Linux yum server. Docker-OSX is a project that makes macOS run near native using OSX-KVM inside a Docker container. Using this, you'll be able to install macOS in a QEMU virtual machine (via Docker), and run the macOS Catalina or Big Sur desktop, or boot to the OSX shell. The Docker-OSX project provides four Docker images. Fortunately for Oracle Linux users, the Docker binaries are readily available from the official Oracle yum repository through the Add-ons channel. If Docker has not already been installed on your installation of Oracle Linux 7, first install and enable the Add-ons channel by using one of the following two-step procedures as root.

Use this URL when you see the placeholder text <DOCKER-EE-URL>.

In addition, you must use the devicemapper storage driver. On productionsystems, you must use direct-lvm mode, which requires one or more dedicatedblock devices. Fast storage such as solid-state media (SSD) is recommended.

Older versions of Docker were called docker or docker-engine. If these areinstalled, uninstall them, along with associated dependencies.

It’s OK if yum reports that none of these packages are installed.

The contents of /var/lib/docker/, including images, containers, volumes, andnetworks, are preserved. The Docker EE package is now called docker-ee.

You can install Docker EE in different ways, depending on your needs:

Before you install Docker EE for the first time on a new host machine, you needto set up the Docker repository. Afterward, you can install and update Docker EEfrom the repository.

Docker EE is installed and running. You need to use sudo to run Dockercommands. Continue to Linux postinstall to allownon-privileged users to run Docker commands and for other optional configurationsteps.

If you cannot use the official Docker repository to install Docker EE, you candownload the .rpm file for your release andinstall it manually. You will need to download a new file each time you want toupgrade Docker EE.

Docker EE is installed and running. You need to use sudo to run Dockercommands. Continue to Post-installation steps for Linuxto allow non-privileged users to run Docker commands and for other optionalconfiguration steps. 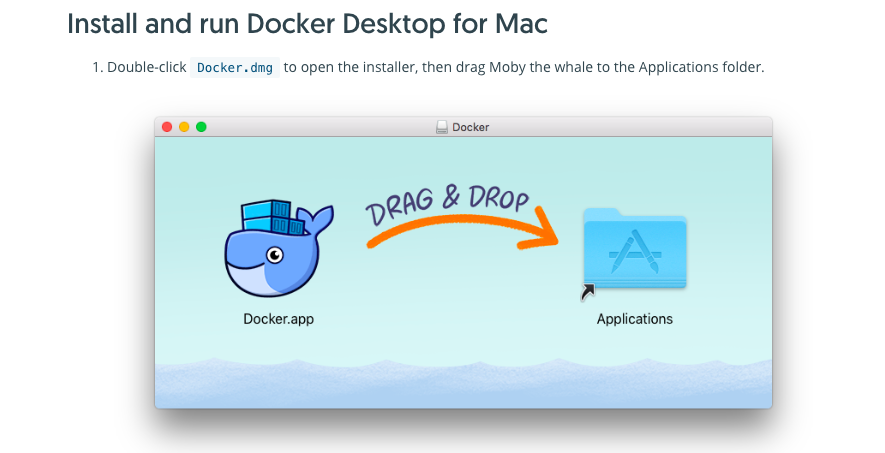 To start the installation of Docker, we are going to use an Ubuntu instance. You can use Oracle Virtual Box to setup a virtual Linux instance, in case you don’t have it already.

The following screenshot shows a simple Ubuntu server which has been installed on Oracle Virtual Box. There is an OS user named demo which has been defined on the system having entire root access to the sever.

To install Docker, we need to follow the steps given below.

This method returns the system information about the Linux system.

a − This is used to ensure that the system information is returned.

This method returns the following information on the Linux system −

When we run above command, we will get the following result −

Step 2 − You need to update the OS with the latest packages, which can be done via the following command −

This method installs packages from the Internet on to the Linux system.

This command will connect to the internet and download the latest system packages for Ubuntu.

Step 3 − The next step is to install the necessary certificates that will be required to work with the Docker site later on to download the necessary Docker packages. It can be done with the following command.

Step 4 − The next step is to add the new GPG key. This key is required to ensure that all data is encrypted when downloading the necessary packages for Docker.

The following command will download the key with the ID 58118E89F3A912897C070ADBF76221572C52609D from the keyserver hkp://ha.pool.sks-keyservers.net:80 and adds it to the adv keychain. Please note that this particular key is required to download the necessary Docker packages.

Step 5 − Next, depending on the version of Ubuntu you have, you will need to add the relevant site to the docker.list for the apt package manager, so that it will be able to detect the Docker packages from the Docker site and download them accordingly. 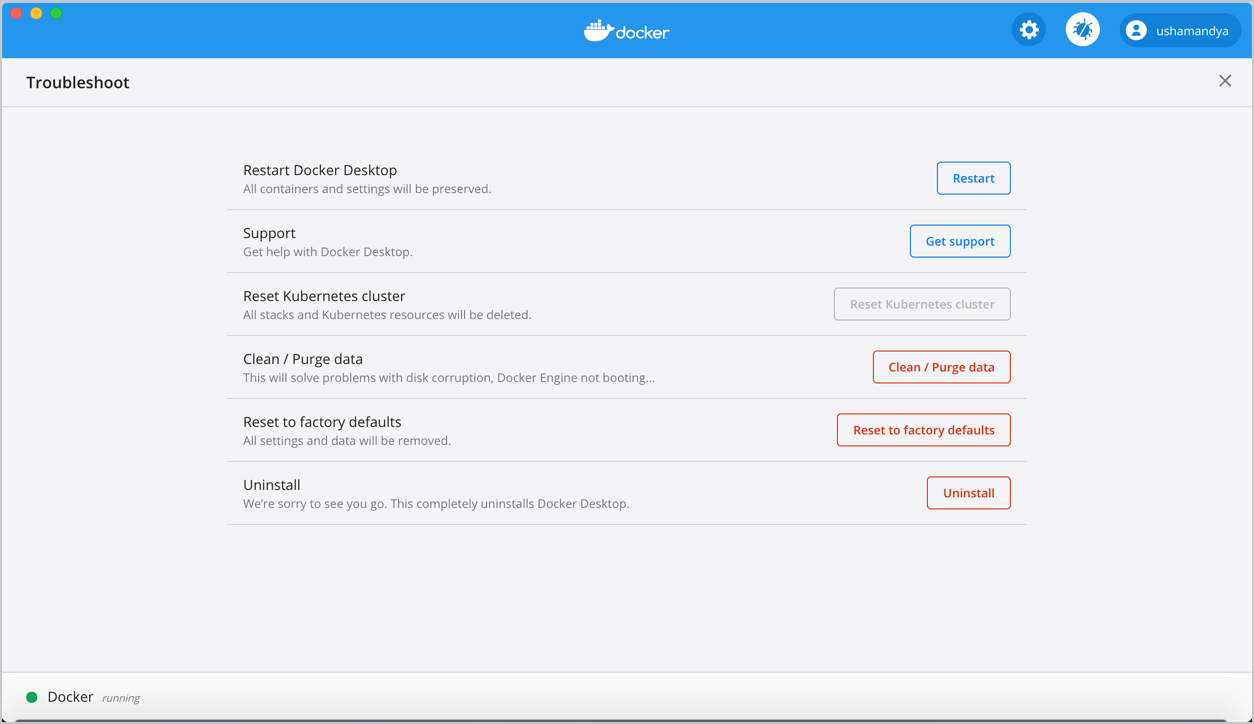 Since our OS is Ubuntu 14.04, we will use the Repository name as “deb https://apt.dockerproject.org/repoubuntu-trusty main”.

And then, we will need to add this repository to the docker.list as mentioned above.

Step 6 − Next, we issue the apt-get update command to update the packages on the Ubuntu system.

Step 7 − If you want to verify that the package manager is pointing to the right repository, you can do it by issuing the apt-cache command.

In the output, you will get the link to https://apt.dockerproject.org/repo/

Step 8 − Issue the apt-get update command to ensure all the packages on the local system are up to date.

Step 9 − For Ubuntu Trusty, Wily, and Xenial, we have to install the linux-image-extra-* kernel packages, which allows one to use the aufs storage driver. This driver is used by the newer versions of Docker.

It can be done by using the following command.

Here, apt-get uses the install option to download the Docker-engine image from the Docker website and get Docker installed.

The Docker-engine is the official package from the Docker Corporation for Ubuntu-based systems.

In the next section, we will see how to check for the version of Docker that was installed.

To see the version of Docker running, you can issue the following command −

The output will provide the various details of the Docker version installed on the system.

When we run the above program, we will get the following result −

To see more information on the Docker running on the system, you can issue the following command −

Docker has out-of-the-box support for Windows, but you need to have the following configuration in order to install Docker for Windows.

Docker ToolBox has been designed for older versions of Windows, such as Windows 8.1 and Windows 7. You need to have the following configuration in order to install Docker for Windows.