I had a CoreOS machine and I wanted to move my ELK (elasticsearch,logstash, and kibana) stack to docker. At first I wanted to move all the machines, but then I realized that I was already using UDP port 514 for splunk on the same host so I decided to just move just the elasticsearch and kibana components. This was actually perfect, cause all the components were on the same machine before and were using localhost for communication and I wanted to see how the remote communication works out between some of the components.

Looking over the Install Elasticsearch with Docker, it looks like they recommend modifying the following sysctl/kernel parameter:

The vm_max_map_count kernel setting needs to be set to at least 262144 for production use. Depending on your platform: 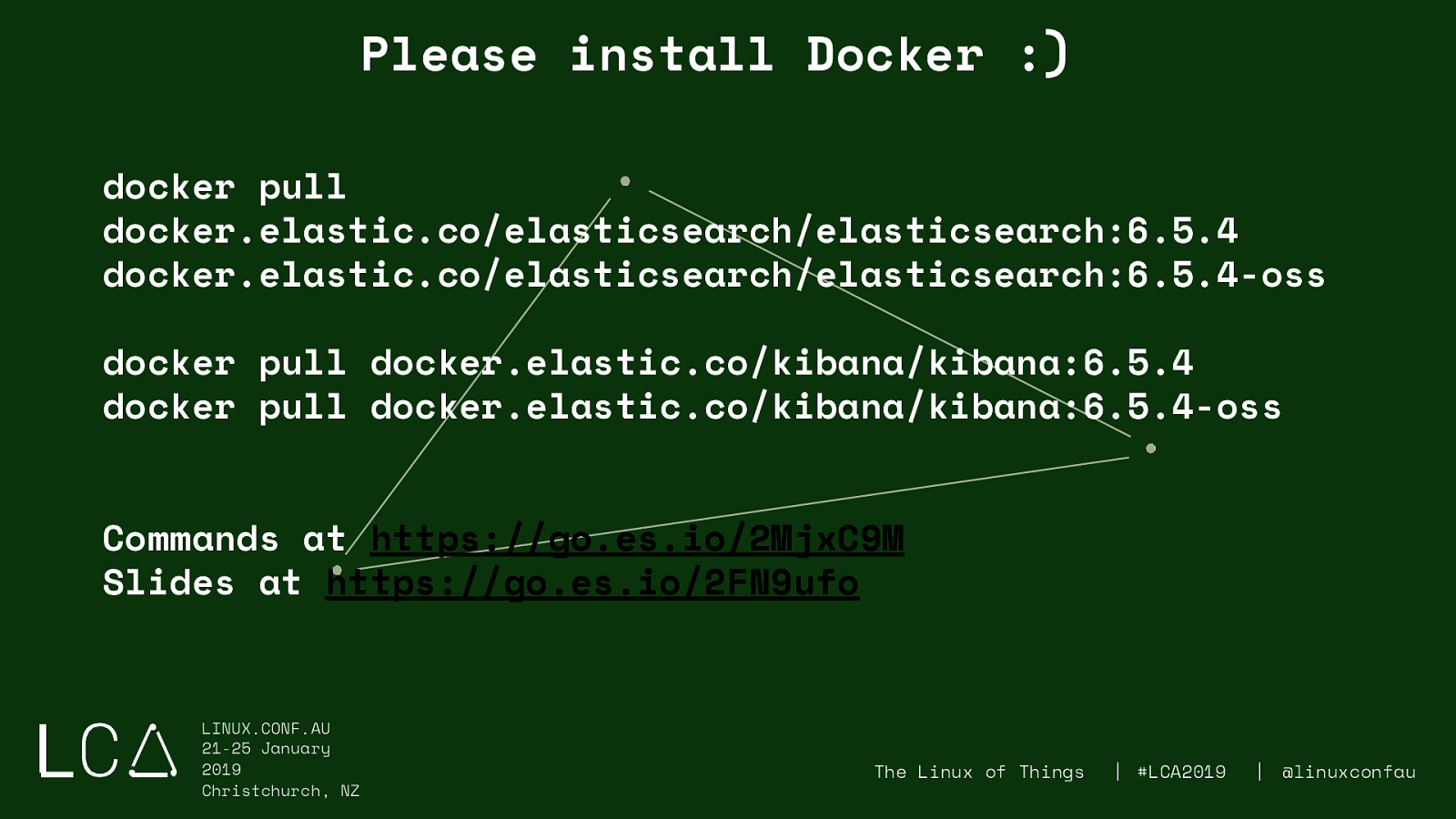 The vm_map_max_count setting should be set permanently in /etc/sysctl.conf:

To apply the setting on a live system type:

With CoreOS we can follow the instructions laid out in Tuning sysctl parameters. I basically added the following section to my config:

Then ran the following to apply it to the configuration (now if the host reboots that setting will be there):

And finally ran the following to do it on the fly so I can keep proceeding with the setup:

There is actually a pretty good example of the compose file for elasticsearch from the main page here. And the Configuring Kibana on Docker page has a good example of the docker-compose section for the kibana service. So I ended up creating the following file:

Since I wanted to change some settings (and keep the elasticsearch data persistent), I ended up with the following directory structure:

And you can see in the docker-compose.yml file I am mounting those files into the containers. One more important thing is to chown the files to UID 1000, this is necessary since when the daemons start inside the containers they run as UID 1000 and need access to those directories/files:

There is a note about that in the main documentation: Configuring Elasticsearch with Docker:

Configuration Files for Elasticsearch and Kibana

By default x-pack is installed the docker images provided by elastic.co, so I just disabled those features in the configuration. Here are the configs that I ended up with:

And here is the kibana config:

I could probably pass those into the command or set environment variables, but I decided to use config files.

As I mentioned I just kept the original logstash service, so I modified the config to now forward logs to the new elasticsearch instance:

Then I ran the following to make sure the configuration is okay: 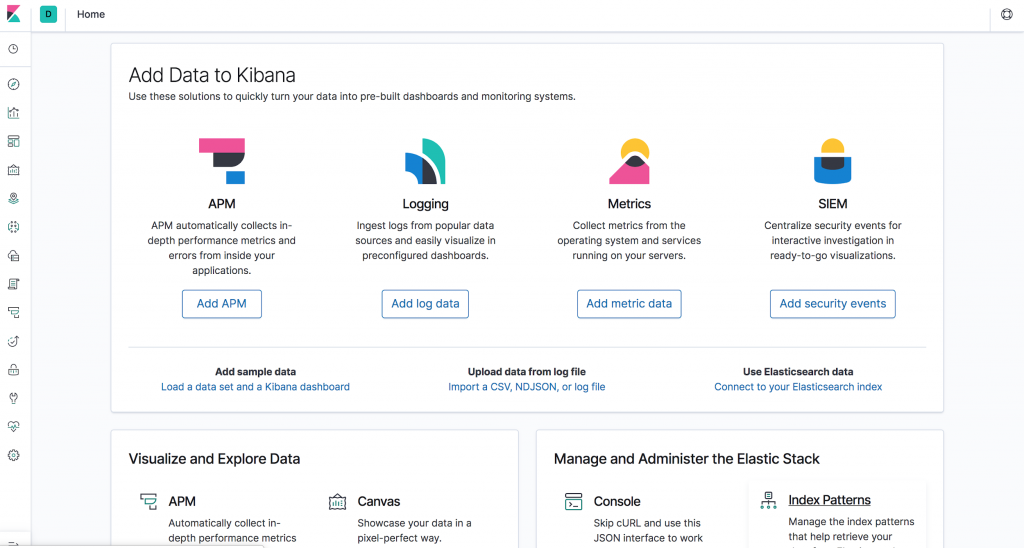 And then finally the following to restart the service:

We are overriding the command since that will allow the process to start as root and to bind the service to UDP port 514. This is discussed in cannot start syslog listener.

Testing out the Config

After that’s all set, we can just run the following to start both of the containers: 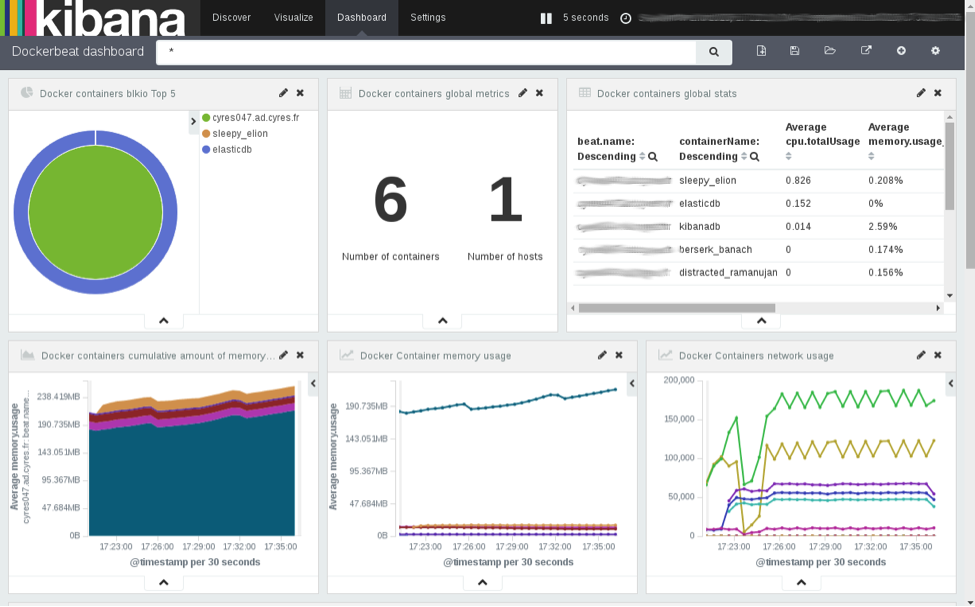 And to confirm everything is okay, check out the logs:

If you want you can also check out the logs are the containers come up:

It looks like this was a known issue (Kibana .raw in 5.0.0 alpha3) for Kibana 5.0. Since I had old mappings from the 4.x versions they were called .raw and I needed to change them to .keyword. So I ran this on the file:

And then the re-import worked without issues. Don’t forget to refresh your field list (Management -> Index Patterns -> Logstash-* -> Refresh field list) after some data comes in from logstash: