In Docker, everything is based on Images. An image is a combination of a file system and parameters. Let’s take an example of the following command in Docker.

Note the following points about the above sudo command −

To see the list of Docker images on the system, you can issue the following command.

This command is used to display all the images currently installed on the system. The output will provide the list of images on the system.

From the above output, you can see that the server has three images: centos, newcentos, and jenkins. Each image has the following attributes −

Images can be downloaded from Docker Hub using the Docker run command. Let’s see in detail how we can do this.

The following syntax is used to run a command in a Docker container. 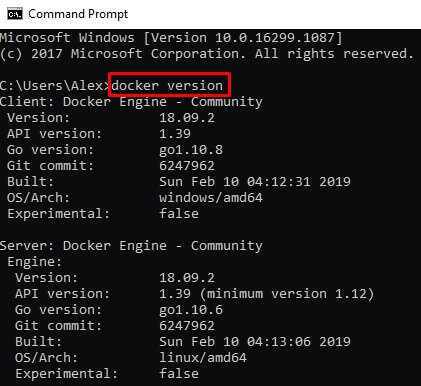 The output will run the command in the desired container.

This command will download the centos image, if it is not already present, and run the OS as a container.

You will now see the CentOS Docker image downloaded. Now, if we run the Docker images command to see the list of images on the system, we should be able to see the centos image as well.

The Docker images on the system can be removed via the docker rmi command. Let’s look at this command in more detail.

This command is used to remove Docker images.

The output will provide the Image ID of the deleted Image.

Here, 7a86f8ffcb25 is the Image ID of the newcentos image.

This command is used to return only the Image ID’s of the images.

The output will show only the Image ID’s of the images on the Docker host.

This command is used see the details of an image or container.

The output will show detailed information on the Image.

Today we start a miniseries of articles about the support inside GoLand for Docker, Docker Compose, and Kubernetes and how it can help us write (micro-)services in Go. 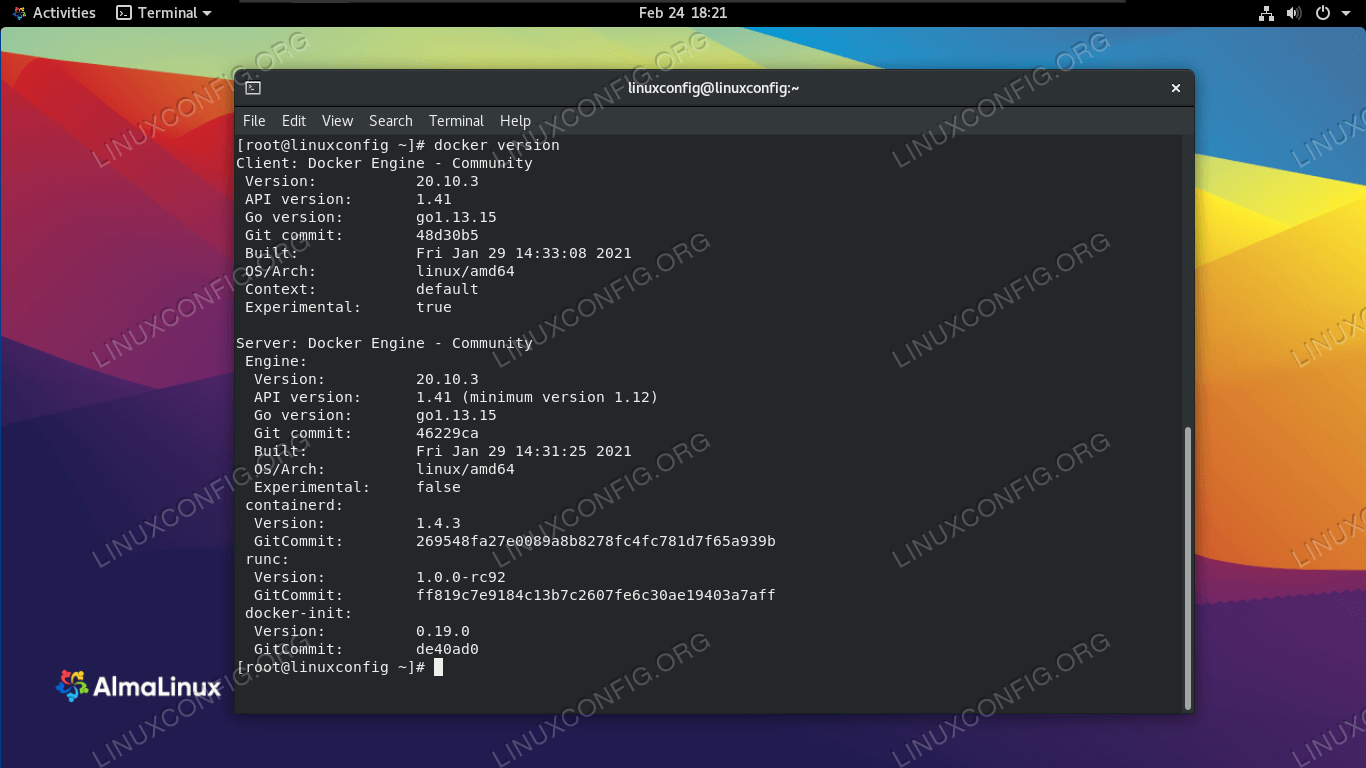 We’ll look at how to configure the project in the IDE, how to use either Docker or Kubernetes to run or debug our project, and how to connect the project to our database of choice, PostgreSQL.

Let’s start with a presentation of the normal Docker workflow, then we’ll build our container and run it.

Before we continue, we’ll need GoLand 2020.1.1 or newer, which ships with the latest Docker plugin. We’ll also need a reasonably modern version of Docker, such as 17.06 or newer.
Note: While older versions of the IDE will work to a certain degree, this article makes use of new features, and the appearance of the IDE may be different.

Let’s start by setting up our project.

We can create a new Go Modules project or use an existing one.

The project structure should be similar to the one found at this repository: https://github.com/dlsniper/dockerdev

This tutorial won’t cover how to install and configure Docker for your system.

Instead, we’ll start by configuring a Docker server so that we can run our application. Once Docker is installed in your system, go to Settings/Preferences Build, Execution, Deployment Docker, and click on the + button to add a new Docker server connection.

By default, the plugin will create a connection to the local machine Docker server, which is good enough for our tutorial. Click the OK button to create a server configuration.

Working with a Dockerfile

First, let’s open the Dockerfile in the root of the project.
This Dockerfile uses a multi-stage build process that allows us to produce the smallest Docker image because the Compile stage, when the binary for our application is built, is separate from the Final stage when the container is built.

Once we paste the above code into the Dockerfile, a green arrow appears next to the first `FROM […]` directive. This is the quickest way to run the container.

However, we’ll need to do some editing before we can run it, as we need to expose the correct port for the container to receive connections.

Creating a new Run Configuration for our container

We can either create a new Run Configuration or edit the one present in the repository. For the sake of simplicity, let’s use the existing one, as it has prefilled all the values we need. To edit it, click on the Edit ‘Docker – Web – Standalone’ option at the bottom of the options list.

Here, we can set all the options needed to run the Docker container. Our Run Configuration is already populated with the important things, like the configuration name: “Docker – Web Dev – Standalone”. The Container name is set to docker-web-dev-standalone. And finally, in the Bind ports field, we set both the Host port and the Container port to 8000 so we can access the application.

Now we can click the Run button at the bottom of the dialog, which will start our container.

After Docker finishes the build process, we can take a look at the Services Tool Window and see the newly created container in the Containers section. We’ll also see the image that was used in the Images section.

For each container, the following tabs will be available:

There are a few more useful features that can be accessed by using the right-click action on the container. We can see the list of running processes with List Processes or we can use Exec to execute commands inside the running container. Finally, Inspect will provide even more information about the container and what its current configuration is.

Pro tip: To speed up the building of containers, you use vendoring mode for Go. Running the `go mod vendor` command inside the IDE Terminal ensures the IDE will automatically pick up the vendor folder. You’ll also need to add `GOFLAGS=”-mod=vendor”` to the list of environment variables of the container in the build step to achieve this.

That’s it for today’s post, in which we discussed creating and running Docker configurations.
In our next article, we’ll see how to debug our application.
Share your feedback with us, either in the comments section below, on our issue tracker, or by tweeting to us at our Twitter account.