What is Docker Compose?

Installation of Docker Compose is optional. For those using it, follow our guide below to install. How To Install Latest Docker Compose on Linux. More articles: Install Docker UI manager – Portainer. Ctop – Top command for container metrics. How to Setup Docker Private Registry on Ubuntu 18.04 / Ubuntu 16.04 with Letsencrypt. 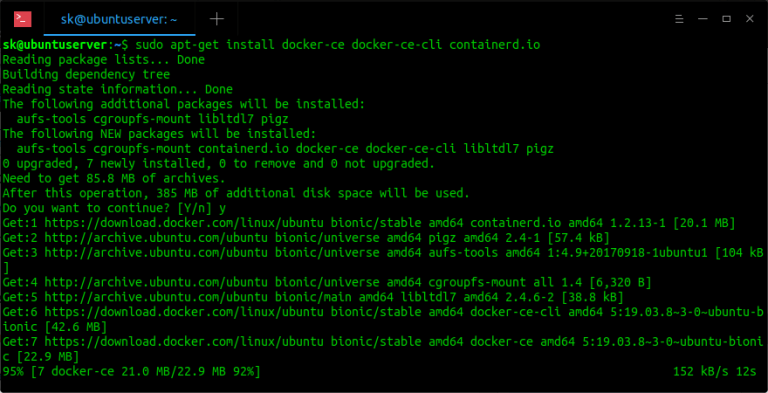 Compose is a tool for defining and running complex applications with Docker. With Compose, you define a multi-container application in a single file, then spin your application up in a single command which does everything that needs to be done to get it running.

Compose uses a YMLYAML file to configure application’s services. Then, with a single command, all the services can be started or stopped from the configuration.Some reasons you might want to use Compose :

Ensure that you have installed curl before running the following command.

Apply Executable Permissions to the Binary

Add docker and docker-compose to the plugins list in ~/.zshrc to run auto completion within the oh-my-zsh shell. In the following example, ... represent other Zsh plugins that have been installed earlier.